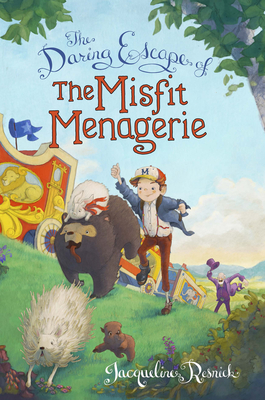 A new book has just been released that features our breed, “Rigby” the Komondor, who is one of the “misfits” in this Adventure children’s book (age 8+/grade 3+).

“Smalls the sun bear and his friends are an unusual bunch. That’s why they’re known as the Misfit Menagerie. The four oddball animals live on Mr. Mumford’s farm, where they play games and do tricks for neighborhood children. It’s an idyllic existence–until a cruel circus owner named Claude Magnificence comes to town, and life as they know it ends. The Menagerie is snatched away to a traveling circus, where Claude and his buffoonish sidekicks force them to perform death-defying tricks.

At the circus, Smalls and his friends only have slop to eat. They live in filthy, cramped cages. And they’re bullied by a rough band of trained animals called the Lifers. It’s worse than awful–it’s despicable! But then young Bertie Magnificence comes along, and he and Smalls form the kind of friendship that inspires hope. They decide that something needs to change…and fast. With the help of an acrobat named Susan, Smalls and Bertie set in motion a heroic plan.

Can a lonely boy and a misfit bear hoodwink cruel Claude and save an entire circus of captive animals?” —Amazon.com book description

This novel is listed on Amazon as #1 in a series- “Misfit Menagerie (Book 1)”, and Amazon even has it as one of Middle Grade (Kids & Teens) category, Editor’s pick, “Best Books of the Month“!

Years ago, stories of boys running away from home to join the circus were popular. This tale turns tail as an indentured boy and “misfit” animals try to run away from the circus.

The title sets up the plot, so readers know what will eventually happen. The misfits are Bertie, 11; Smalls, a long-tongued honey bear; Rigby, a moplike white Komondor dog; Tilda, a white Angora rabbit; and Wombat, a hairy-nosed wombat who’s in love with Tilda.

Jacqueline Resnick (Green), Author (she grew up in Pennsylvania, in our club’s region)
http://www.jacquelinewrites.com (tiny dog/poodle lover, glad she includes a Komondor!)

Matthew Cook, Illustrator (winner of many awards, and “he makes things”, lol)
http://alsoalso.net (FUN! tease image of Rigby – there are 30 illustrations) 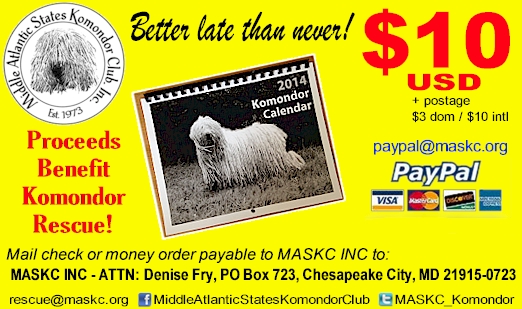