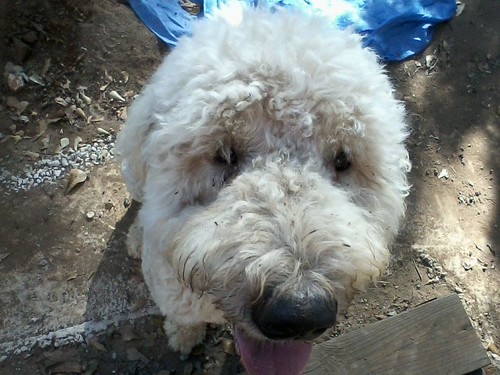 Ghost after a roll in the leaves!

Ghost was imported from Hungary as a puppy by a family in NC that loved him very much. As with many Komondor males, Ghost grew in no time from a small sweet puppy to a 150 lb. out of control puppy. Ghost’s owner recently placed him on a farm with an alpaca breeder and Komondor owner. She was so afraid of him, she gave him back to the owner in just a few days. Fortunately, for Ghost we found an experienced Komondor owner in Texas willing to adopt him, in spite of the fact that he needed a lot of training and socialization, not to mention the fact that he is much larger than she is. A month ago, his new owner was willing to drive to NC to get him and bring him to her Komondor home in Texas. He is attending obedience classes with her and is starting to learn basic commands and he is learning how to be a canine good citizen. He has quite a way to go, but I am told he is making great progress. His new owner, who dearly loves the breed, is determined to make it work and I know she will. I am very grateful to her for taking in a sizable, but lovable project. 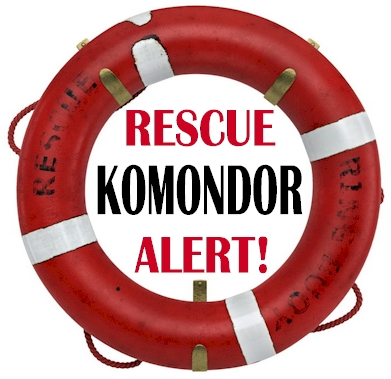 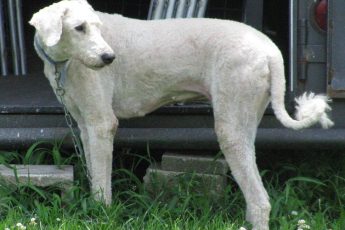